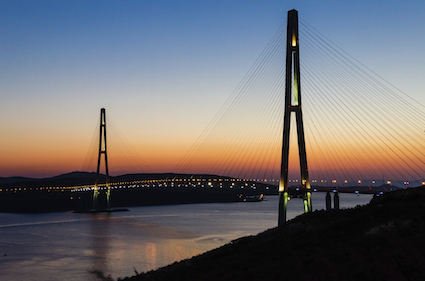 Following the Eastern Economic Forum, sponsored by the Russian government on 2-3 September 2016 in Vladivostok, investment interest in the Russian Far East has remained high, especially among Korean investors and businesses. This will produce significant opportunities for a limited number of Russian and Asia-Pacific law firms that can develop and execute well-informed strategies for this new legal market and implement them efficiently.

We have previously identified the Russian Far East as one of the five Asian legal markets with the strongest growth potential over the next five years. (The others are India, Iran, the Philippines, and Vietnam.) Investment-friendly legal reforms in the Russian Far East, such as substantial incentives and benefits for investors to locate enterprises in special economic zones in the Far East and in the Vladivostok Free Port, suggest an attractive business case for the region, despite lingering economic problems in the Russian Federation.

The Moscow-based Russian law firm ART DE LEX has been one of the pioneers in delivering services to Korean investors, especially in the Russian Far East, and was a prominent participant in the Eastern Economic Forum last year and this year. They recently have published a very informative newsletter outlining the results of the 2006 Eastern Economic Forum for Russo-Korean trade and investment, which should be of interest to law firms throughout the Asia-Pacific region, especially in light of other recent bilateral trade initiatives involving China, India, and Japan.

Click here to more about Walker Clark's strategic services for law firms and our specialization in the Asia-Pacific legal markets.